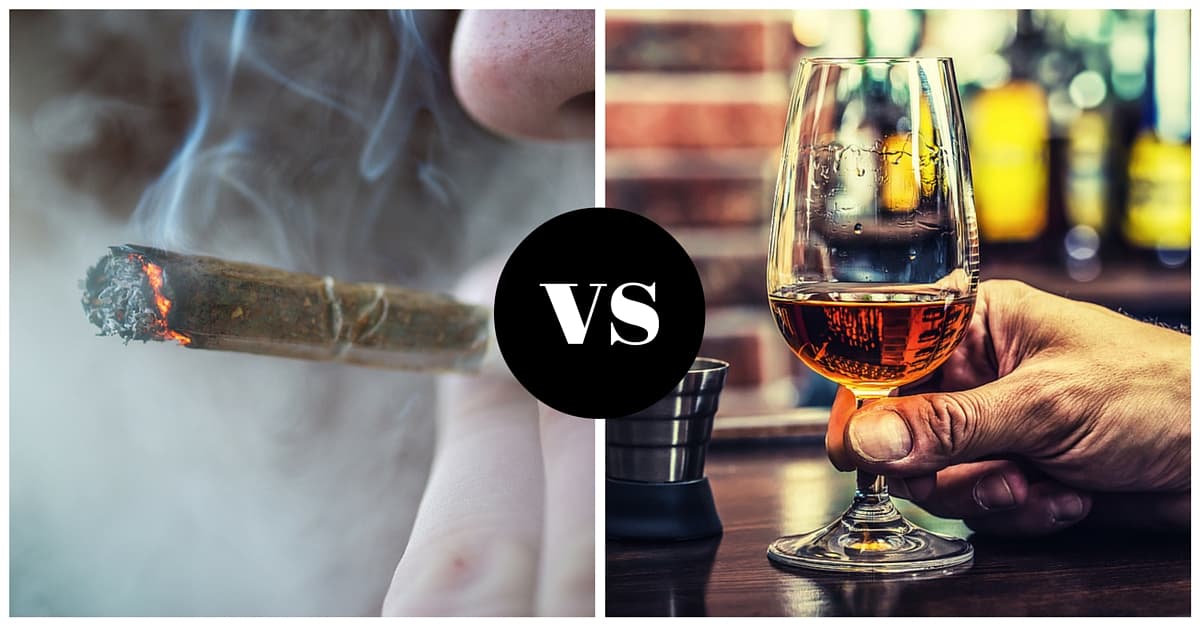 Wonderful article by Matthew Martinez of the Miami Herald says that according to new research from Cowen and Company, seven of the nine states that allow adults to legally consume marijuana saw 13 percent fewer binge drinking episodes than non-cannabis states, and 9 percent fewer than the national average. In recreational use states, binge drinkers guzzled 6.6 drinks per binge, compared with 7.4 drinks in non-cannabis states.

“We have consistently argued that cannabis and alcohol are substitute social lubricants,” the report reads. “To be sure, we do not dispute that alcohol will continue to be quite popular in the U.S. (generating over $210 bn in annual retail sales today). We are, however, focused on the marginal alcohol unit, which given the cannabis category’s much smaller size, creates a sizable opportunity for the cannabis industry.”

Nevada and California, the two states to have most recently legalized recreational pot, still had higher rates of binge drinking intensity than Colorado, Washington, Oregon, Maine, Vermont, Massachusetts and the District of Columbia, but the report stated the company expects “mean reversion for these states, too, given the historical precedent.”

People’s decision to switch to marijuana, according to the report, include: outsized switching among younger consumers, shifting risk perceptions among 18- to 25-year-olds, less pressure to generate alcohol tax revenue in legal cannabis states, consumer survey work on alcohol consumption among cannabis consumers, and academic research that concludes medical cannabis weighs on alcohol purchases.

The Wall Street investment firm calls marijuana a viable “substitute social lubricant” for alcohol in the years to come, projecting even greater sales numbers for the industry than previously thought.

“Assuming federal legalization, we believe cannabis can generate gross sales of $75 billion by 2030 (and $17.5 billion in tax revenue),” the report reads. “As cannabis access expands, we expect further pressure on alcohol sales, given this notable divide in consumption patterns.”

A 2015 study published in the Journal of Health Economics and cited by The Washington Post, studying a drop-off in people’s marijuana use and a corresponding spike in their alcohol use once they reach age 21, the age to legally drink in the U.S., concluded that the two substances are indeed substitutes for each other among users.

What Cowen and Company’s more recent research finds is almost the exact inverse of that older study: that as recreational marijuana becomes legal in more and more states, some people are choosing the high from the plant over the the one from the bottle.

A study published in March in the journal Neuropsychopharmacology found that one of the non-psychoactive compounds in marijuana, cannabidiol (CBD), could also help drug addicts and alcoholics from relapsing.

Please contact my office if you, a friend or family member are charged with a crime involving drugs or alcohol. The substantive defenses of Voluntary Intoxication and Diminished Capacity might be applicable to the specific facts of the case.