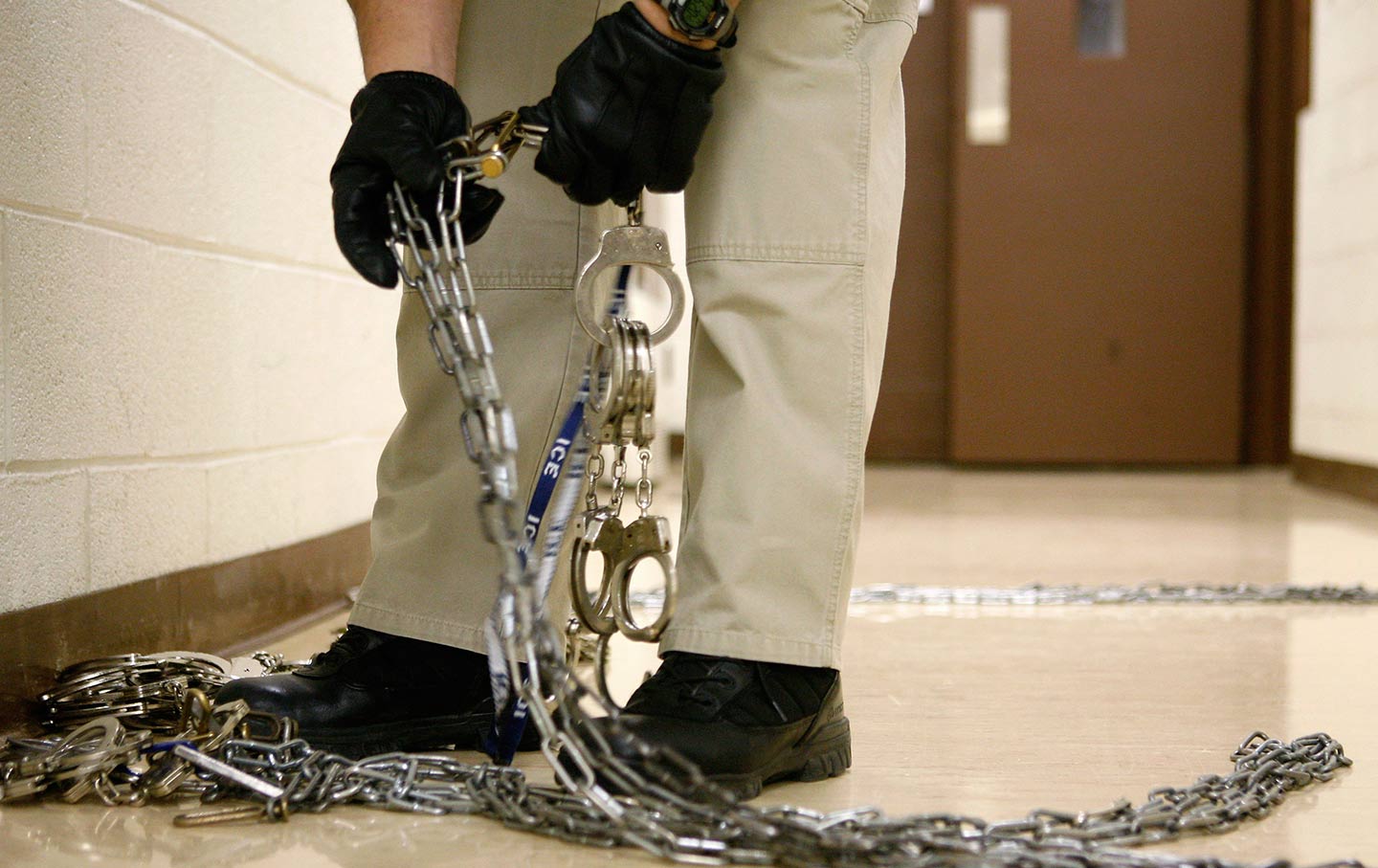 Hundreds of undocumented immigrants in Washington state prisons will be deported at the end of their sentences. But state officials want to deport many of them early — without serving prison sentences — to save money.

One option is the increased enforcement of a statute which allows for the early deportation of undocumented immigrants who’ve committed non–violent crimes.  Although this law has been on the books for years, it rarely is applied.  Generally, prosecutors do not agree to early deportations without jail because, in their view,  it greatly reduces the consequences for committing a crime.

Nevertheless, prosecutors may be warming up to these early deportations. The head of the Washington Association of Prosecuting Attorneys testified in support of the earlier legislation. Immigration advocates also favor the plan.  Finally, Governor Gregoire has called for a specific agreement between the Department of Corrections and federal immigration authorities which would facilitate such a plan.  It also requires approval from prosecutors and judges.

However, the statute carries a double-whammy: although deportees avoid jail time, they shall be charged with a federal felony if they return.  Additionally, they shall serve the maximum amount of jail which was suspended upon their deportation.  Government data show that illegal re–entry after deportation is the most prosecuted federal crime.  Arizona prisons use a similar deportation program, however, and the re–offender rate is about 2%.

As a side note, illegal immigrants are automatically deported if they commit crimes exposing them to 1+ jail sentence (gross misdemeanors and felonies).  In the case of nonviolent crimes and defendants with little or no history, some prosecutors will agree to a maximum exposure of 364 days instead of 365.  This solution altogether avoids the deportation of illegal immigrants whom the prosecutors deem worthy to stay in the U.S.

Typically, when it comes to the possible deportation of a defendant, prosecutors review the circumstances surrounding the crime, employment history, family ties, immigration status, etc.  These factors affect a prosecutor’s willingness to negotiate.

My opinion?  I support the legislation.  With some reservation.  My #1 concern is ensuring due process rights are not violated.  Defense attorneys MUST ensure the defendant/deportee knows they will serve a HUGE amount of jail — in a federal institution, no doubt — if they return to the U.S. after being deported early.

For that very reason, I believe we’ll see more undocumented defendants exercising their rights to jury trial.  After all, what do they have to lose when negotiations fail?  These defendant already face early deportation, coupled with the threat of prosecutors stacking federal charges if the deportee returns illegally.  Force the government to prove the charges!