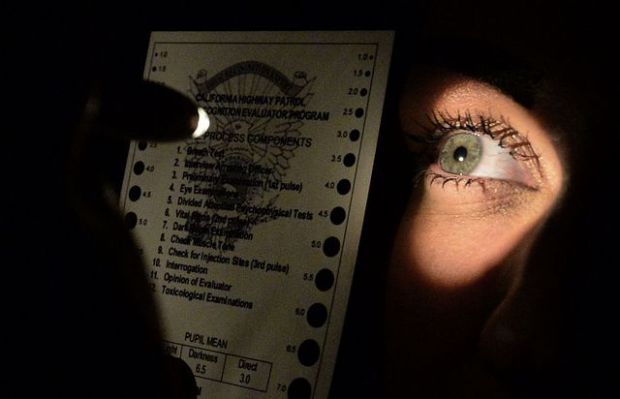 Think you can fool the cops? Don’t even try. Nowadays, Drug-Recognition Experts – nicknamed, “DRE’s” – are law enforcement’s answer to Initiative 502 and a U.S. Supreme Court ruling that officers must have a warrant for a drug test. They are trained to identify symptoms of impairment from alcohol and a variety of drugs.

A blood test is the quickest way to indicate whether someone has these levels.  Recently, however, the U.S. Supreme Court ruled in April that officers must have a warrant to obtain blood samples. And since most DUI stops happen late at night, when judges aren’t available, officers must determine on the scene whether the driver is intoxicated and/or impaired.

This is where the DRE come in. These are police officers who receive two weeks of training on detecting impaired drivers and analyzing their behavior for the presence of alcohol or drugs. Typically, a DRE is called to investigate major collisions, especially those involving fatalities, and any in which police officers suspect drug impairment beyond alcohol. Their observations help prosecutors in “Drug DUI” cases.

The two-week course is rigorous. It includes lectures, quizzes and comprehensive tests.  Training officers must also perform six field-sobriety tests and observe another six by their colleagues. They’ll write reports for all 12 tests, which are reviewed and signed by an observing instructor. After the course is completed, each officer must perform four evaluations in front of an instructor every two years to maintain DRE status.

Calculating the standard filed sobriety tests performed on intoxicated drivers is nothing new to the majority of police officers. Most often, an impaired driver’s eyes are the giveaway. In one part of the test – called the “Horizontal gaze Nystagmus Test” – a driver must follow a pen-sized light left and right without turning his or her head. If the driver is impaired, the eyes often have trouble tracking the light, or don’t dilate properly.

A subsequent recital of the alphabet isn’t just a memory test: It can give way to slurring the letters “L-M-N-O-P” if the speaker has been drinking or doing drugs. And most people say the letters quickly, all in one or two big exhaled breaths that can carry the telltale scents of alcohol or marijuana.

The walk-and-turn, counting backward, standing on one leg, and other tests give officers a clear picture of the person’s motor skills. The test ends with a Breathalyzer.

DREs focus on the more “subtle” signs in drivers while on patrol. They look for a wide turn, crossing the line, taking an extra second or two to realize the light is green, etc.

My opinion? Contact an attorney if you’re pulled over. Just as the DRE’s are trained to observe whether someone is high on drugs when driving, a competent attorney can analyze whether the stop was lawful, whether there was enough evidence to arrest for Drug DUI, whether the nanogram levels were active or inactive, etc. Don’t allow the State’s “experts” to convince judges and prosecutors that you were high when, in fact, you may not have been.