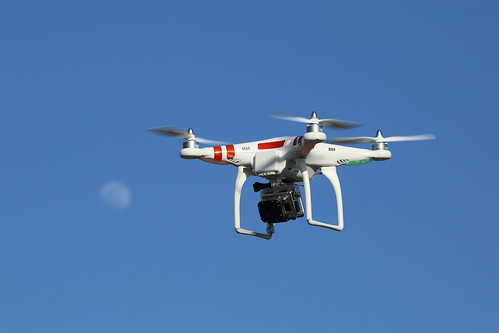 Interesting news article from the Skagit Valley Herald. In an article titled, “Senate OKs Bill That Would Add Prison Time For Drone Crimes,” The WA Senate passed a bill that would allow prosecutors to seek an extra year in prison for offenders who use a drone aircraft while committing a crime.

Senate Bill 5499 passed on a 34-15 vote Tuesday and now heads to the House forconsideration. It adds the allegation of a “nefarious drone enterprise” to Washington criminal law. The state currently has no restrictions on the use of drones, although 20 other states have enacted laws on drone-related issues.

The bill adds a year to the sentencing range that dictates how judges can punish an offense. The measure was one a handful of other bills concerning drones that were filed in the Legislature this session in the wake of Gov. Jay Inslee’s veto of a bill last year that would have restricted how state and local government agencies use the unmanned aircraft.

My opinion? Although sad, Senate Bill 5499 was foreseeable. For example, under  RCW 46.20.285, defendants convicted of felonies get their driver’s licenses revoked for 1 year if a vehicle was used during the commission of a crime. It makes sense, therefore, that Prosecutors would get aggressive toward defendants if drones were used to further the commission of a crime. Sad but true.