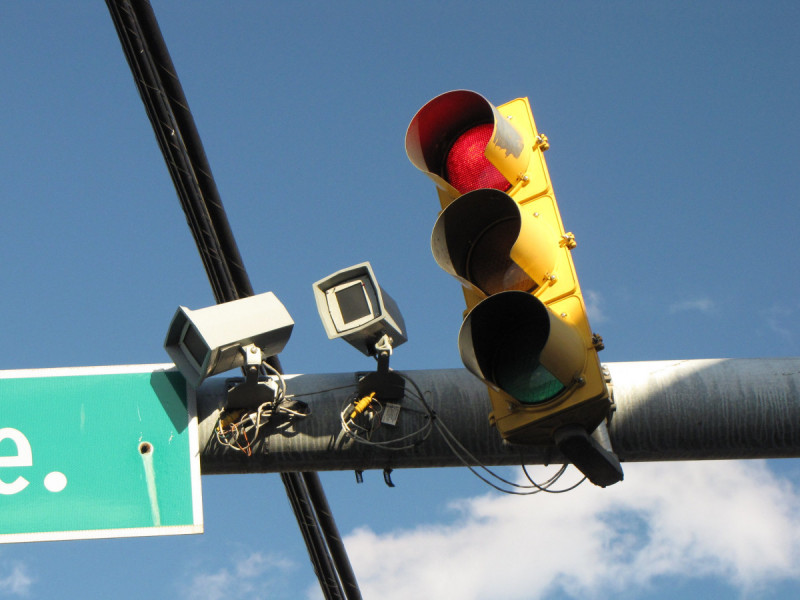 The City of Bellingham could install an enforcement camera at Holly and Forest streets, the worst intersection in terms of T-bone crashes caused by drivers running red lights.

Under a proposal by Mayor Dan Pike’s administration, that intersection would be one of four spots where police install automated red-light cameras and issue tickets to violators. From 2004 to 2008, six people were injured in 10 crashes caused by cars going through red lights there. Most crashes occurred when a vehicle ran the light on Holly.

The City Council still must decide whether it wants to OK four red-light cameras and two school-zone cameras. An exact date for a decision hasn’t been scheduled yet. If approved, officials hope to install the cameras by the end of the year.

Other cities report different results in terms of revenue generated by the programs. Bellingham is roughly estimating gross revenue of $500,000 a year, but officials aren’t sure what program expenses will be yet. A Bellingham police traffic unit officer will review all violations before any contractor issues a ticket.

State law, which lets cities install the cameras, sets the following requirements on their use:

• They can only be at intersections of two arterials.

• The photos aren’t available to the public and can only be used by law enforcement for purposes of the traffic violation.

• The locations of cameras must be clearly marked.

• The amount the city pays to the company providing the equipment can be based only on the value of the equipment and services, not a percentage of ticket revenue.

My opinion?  I totally agree with one person’s comment to the news article. ViewofLeadership said the following:
“On a very long list of very stupid things this city has done, this one ranks in the top 10. If you think traffic is bad now, just wait until people start slamming on their brakes to avoid these cameras.  If any of you doubt that this about revenue and NOT safety, then go view the red-light camera video KING5 produced for it’s program “Up Front, with Robert Mak”. And consider that the company that leases these cameras enters into a REVENUE sharing agreement with the city and as part of that agreement REQUIRES minimum fines and 3-second duration of the yellow light.  This is a scam upon the citizens by the city!”