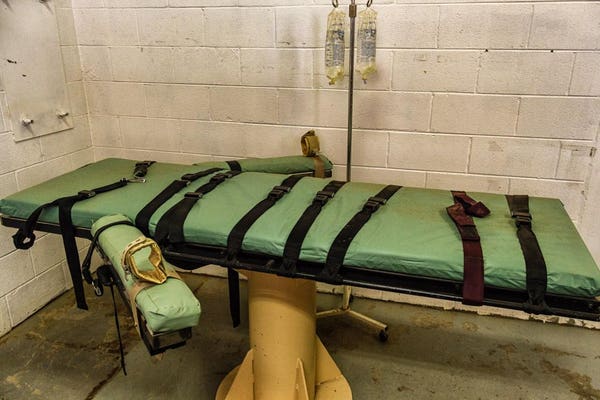 Washington state has changed its method of execution from a three-drug cocktail to a one-drug system, according to paperwork filed Tuesday with the WA Supreme Court.

The three-drug method uses sodium thiopental, pancuronium bromide and potassium chloride. Only sodium thiopental, followed by a saline flush, is used in the one-drug policy.  In case the first dose does not kill the inmate, an additional 5 grams of sodium thiopental will be made available at the time of execution.  The change in the lethal injection protocol comes despite the fact that a lawsuit challenging the former protocol is before the Washington Supreme Court.  The State moved to dismiss that portion of the lawsuit and go forward with executions.

My opinion?  I’m no proponent of the Death Penalty.  The government should not kill its own citizens.  However, until the Death Penalty is abandoned, it seems the one-drug executions are more appropriate and humane.  Three injections seems cruel, unusual and Draconian.